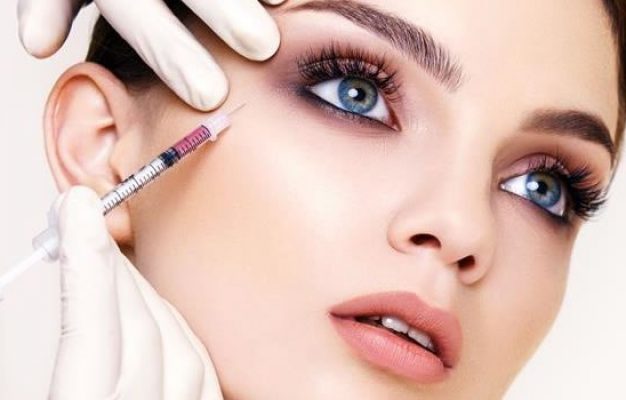 For the scientists originally studying glutathione injections, the skin-lightening results were a side effect. But, for many people seeking brighter, lighter skin, they have become the main benefit. Today, these injections are the subject of controversy and misinformation, so let’s take a closer look at these treatments and get the facts.

Glutathione is an antioxidant and is naturally produced within the cells of plants and animals. In humans, it is synthesized from amino acids in the diet.

As an antioxidant, glutathione fights cell damage from free radicals, peroxides, and heavy metals. It reduces the oxidative stress on cells and regulates the nitric oxide cycle.

From a health and beauty standpoint, glutathione plays several important roles in the body:

In all these ways, glutathione plays an important role in cellular health and preventing oxidative damage to the skin. All antioxidants have this skin-boosting effect to some degree, and glutathione is a particularly powerful one.

How does Glutathione Lighten Skin?

The skin-lightening effect of glutathione was first discovered in mice, where it has been studied most extensively. Again, all antioxidants tend to have a mild skin-lightening effect, as they inhibit the free radicals and peroxide damage that contribute to skin darkening, as well as protecting the skin from UV damage and stressors that activate melanin production and cause hyperpigmentation.

As we can see, glutathione has been studied extensively for its role in health and disease but has not yet been studied at all as a cosmetic treatment. It has been FDA approved for reducing some of the side effects of chemotherapy in cancer but has not been approved for any cosmetic use (and won’t be: the FDA does not regulate cosmetics). In fact, the FDA warns consumers against glutathione injections as potentially being unsafe[1]and the government of the Philippines has issued a strongly-worded warning against these injections. The reasons for these warnings are very clear:

They are right to be concerned. There have been instances of severe illnesses resulting from glutathione injections, and people are putting themselves at risk.

However, we have no evidence that glutathione injections are themselves unsafe. It is, after all, an antioxidant that the body produces naturally. It is very likely that those people experiencing negative effects had health problems due to unsafe injection procedures, unlicensed professionals, and uncertain supply of the injected material.

How to Get Glutathione Injections Safely

Glutathione is an FDA-approved substance. While it is only approved to treat the side effects of chemotherapy in cancer patients, and cosmetic use is “off-label,” physicians are allowed to use prescription medications “off-label,” and it happens frequently in the cosmetic industry. These injections are not illegal or, as far as we know, medically unsafe.

For those with hyperpigmentation due to scarring or skin damage, it may be worth the risk to try a skin lightening injection. If you are seeking glutathione injections, here is how to protect yourself:

Given the lack of information on this medication, avoid getting the treatment at day spas and beauty centers, and seek it from licensed dermatologists. Make sure that the person who is actually administering the injection (not just the person prescribing it) is a licensed medical professional. Aestheticians are not licensed to administer injections without special training and certification.

Always make sure you are in a sterile environment

While it’s impossible to simply look around and determine whether you are in a sterile room, be very attentive to cleanliness, appropriate use of gloves, and other signs that you are in a medically safe environment.

Be cautious about the injection

Many cosmetic centers will advertise proprietary formulas that include glutathione, vitamin C, and other ingredients. In the US, it is likely that the glutathione comes from a licensed pharmacy. But ask what exactly is in the injection, and, if necessary, where the materials come from.

As mentioned, we don’t yet have scientific evidence to determine how much glutathione is needed to be effective, how frequently treatments should be administered, or what the possible side effects are.

Many people seeking relief from scarring and discoloration are willing to begin a very aggressive series of injections, but be cautious. Some antioxidants can take 10 days or more for their full effects, so schedule your first appointments 2 weeks apart to make sure you aren’t experiencing any negative side effects and you want to continue the treatments.

If you are experiencing prolonged pain at the injection site, illness, discomfort, or other symptoms, seek advice from your regular doctor immediately, and be honest about your injection and your symptoms.

Based on the evidence we have right now, the primary risks of skin lightening injections are from infections or embolisms. These are typically due to unclean injection procedures, or inexperienced staff, and exacerbated by patients who get very large, very frequent doses of glutathione. Being cautious with your health and proceeding carefully will help to reduce these risks until we have better scientific evidence.

If you want to increase your glutathione levels without getting an injection, it’s actually not that hard to do. Oral supplements of glutathione have so far proven to be inefficient at boosting the body’s level of this antioxidant, probably because it is broken down during the digestive process. However, the body will naturally produce glutathione, provided that your diet includes the necessary amino acids.

The body requires glutamic acid, glycine, and cysteine to produce glutathione, and, of those, the limiting factor is cysteine, because it is less common in foods. The top cysteine-rich foods include soybeans, beef, sunflower seeds, chicken, and oats. Eating a diet rich in amino acids, in particular cysteine, helps the body produce glutathione on its own.

Evidence also suggests that supplementing with vitamin C may synergistically increase glutathione levels by preventing the depletion of either antioxidant, and that vitamin D3 and alpha lipoic acid may contribute to boosting natural glutathione levels.

While Glutathione is a powerful skin lightening method it does come with its risks. For safer treatments please consider the following:

Fortunately, our bodies synthesize it naturally, and there are ways to help your body boost glutathione production with a healthy, antioxidant-rich diet. However, for those with scarring or severe hyperpigmentation, a skin whitening injection may be a good way to get a younger, brighter, lighter, more even complexion. These injectable glutathione treatments are becoming more widely available in the US, and can be found in day spas, aesthetic centers, and dermatologist’s offices nationwide.

Over time, we will surely have a more robust understanding of how exactly these injection treatments work, and will be able to be more scientific in our approach to glutathione injections, to help understand dosage, frequency, and side effects, so that more people can have the skin-rejuvenating benefits of this treatment, with reduced risk. In the meantime, if you feel that a skin whitening injection is the right choice for you, be cautious and attentive to your own health.

Injections of skin-lightening substances may be the best way to truly deliver rejuvenating skin care to your whole body, from the inside out, when administered by a medical professional with the skills to protect you from added risk. Choose a doctor you trust, and enjoy relief from dark, damaged, or discolored skin in a natural way.